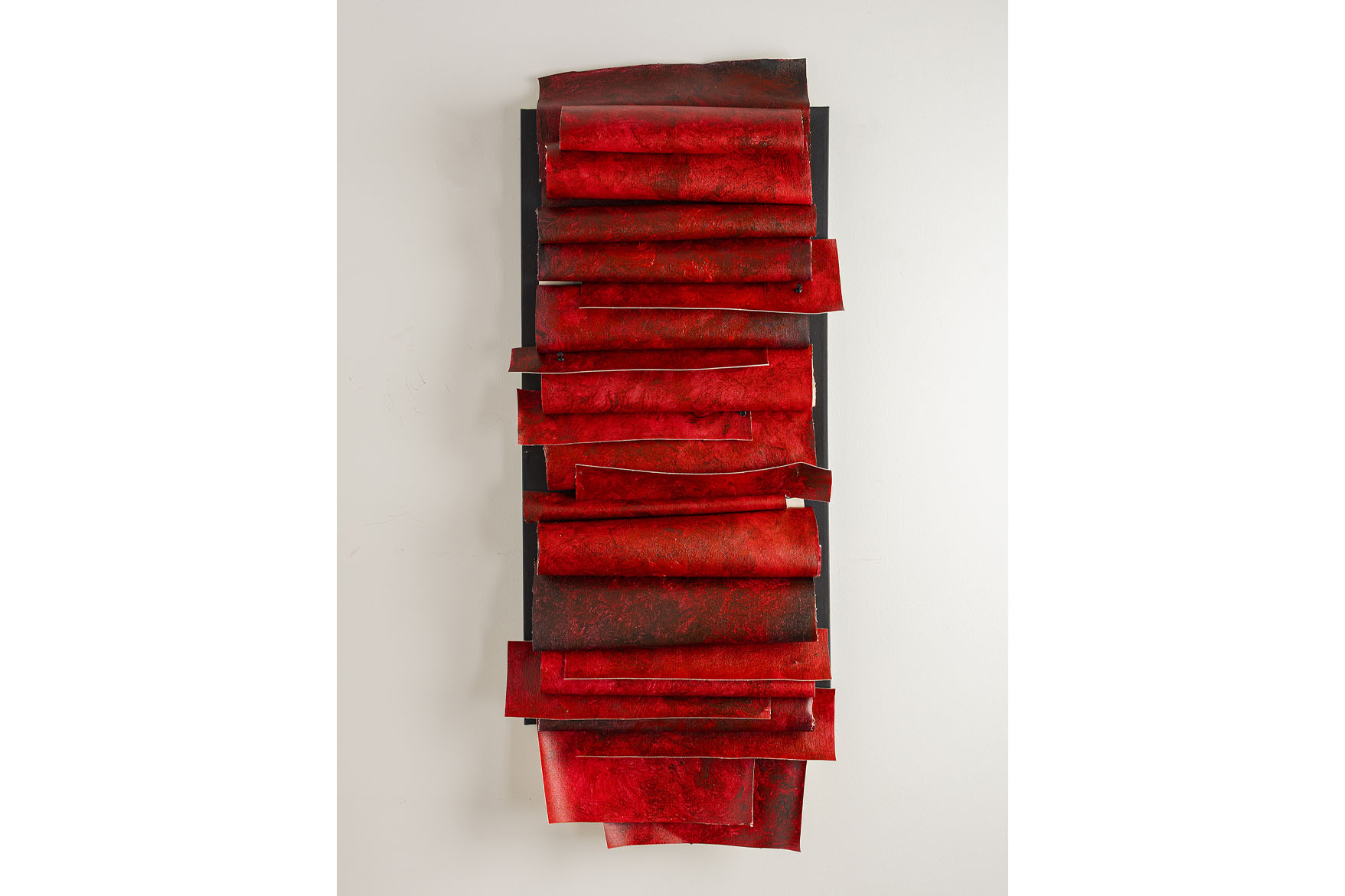 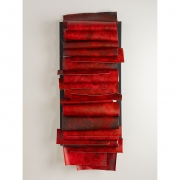 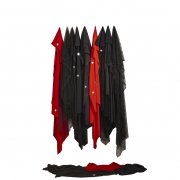 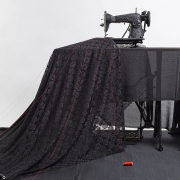 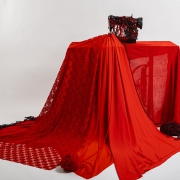 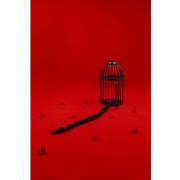 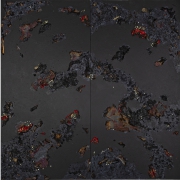 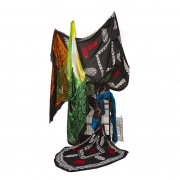 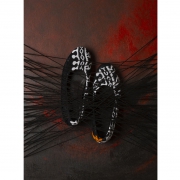 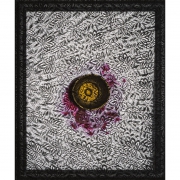 Considering that most of my life has been spent in Iran during the Islamic Republic and that I am fully familiar with Iran’s issues and problems, my new artworks are not only a reaction to the recent events after the death of Mahsa Amini, but also, they are a response to the contemporary history of Iran – a history that I have experienced myself, which made me emigrate years ago. I have become more familiar with the problems of my motherland due two main factors: First, I spent years close to the political and social issues of Iran; second, in the past few years, there have been social activities raising awareness of landmines, environment, women and domestic violence, child marriage, children left out of education, as well as the distribution of books and establishment of local libraries in more than 20 villages in deprived areas. All of those experiences are reflected in my artworks.

In the series “Woman, Life, Freedom,” I pay attention to the history of women’s issues, how they have continued until the contemporary time, and are repeated and carried out in various ways. Further, I think about the self and audience role and how much they can affect history and destiny. The mirrors in some of my works are a reminder of this role- a role that can create change and awareness. For example, the deaths of Mahsa and the girls who were less than 18 years old woke up the international society, resulting in the people of the world knowing that the simplest human rights are trampled under the government’s feet in Iran and that in a hidden part of the world, people have been walking on the razor’s edge daily.

The color black in my works shows the history, which in my opinion, is mostly black and dark. It is the color of the past that is still relevant to the present. Black is also the color of ignorance, imbecility, and stagnation. In Iranian culture, black is used to mourn for those who have been lost. Red is the color of the wounds and blood that has fallen on the ground throughout history. It is the color of anger, and it also symbolizes the burning of passivity and silence through history. Furthermore, it is a warning that we must wake up and stop the blood that is being shed.

In this body of work, I refer to historical objects such as old sewing machines, old women’s shoes, old scales, traditional scarves, and religious golden bowls to go back to the history and historical issues of women and remind the audience how we have shaped our present by ignoring and failing to learn from the past. Also, I used fabrics to specifically refer to women. Black and red colored fabrics together point to a history that constantly repeats itself, and it symbolizes anger and mourning. The use of bullet cartridges in my works are a symbol of murder and wounds perpetrated by the governments in power.